Below you can find the complete schedule for the conference and abstracts of all talks. You can also download the Conference Booklet, which contains all of this plus some practical information and list of participants. 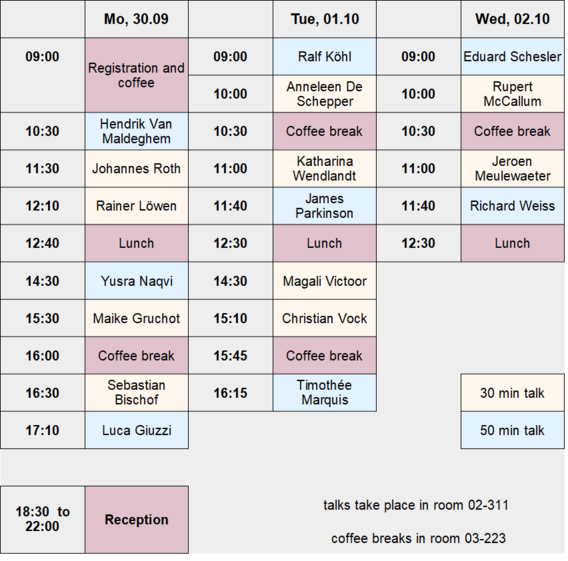 Click on the name of the speaker to show the abstract for their talk.